Like Ondaatje, I have a strong interest in Richard Burton. I found this book charming and enjoyed the author's photographs immensely. It's written in a style more suggestive of a personal journal than ... Read full review

Christopher Ondaatje now lives in England. His books include "Hemingway in Africa, The Man-Eater of Punanai", and "The Last Colonial". 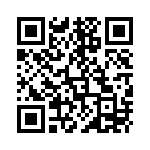