This one seemed to have a bit more story, what with the coming of the Mule. The writing is still really rough, though a touch less preachy this time around. The dialogue continues to grate. Onward to the last of the original trilogy and, I suspect, where Asimov should have left the series end. Read full review

Add this one to the list of Loved it at 15, not so much as an adult category. The concepts are fun, and the writing is actually better than the last couple of novels I read in this series, written ... Read full review

Isaac Asimov began his Foundation series at the age of twenty-one, not realizing that it would one day be considered a cornerstone of science fiction. During his legendary career, Asimov penned more than 470 books on subjects ranging from science to Shakespeare to history, though he was most loved for his award-winning science fiction sagas, which include the Robot, Empire, and Foundation series. Named a Grand Master of Science Fiction by the Science Fiction Writers of America, Asimov entertained and educated readers of all ages for close to five decades. He died, at the age of seventy-two, in April 1992. 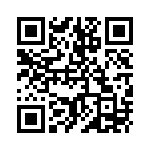