Christopher Marlowe was born in Canterbury, England on February 6, 1564, the son of a shoemaker. He was educated at King's School, Canterbury and at Corpus Christi College, Cambridge, where he received a B.A. in 1584 and an M.A. in 1587. His original plans for a religious career were put aside when he decided to become a writer. Marlowe's earliest work was translating Lucan and Ovid from Latin into English. He translated Vergil's Aeneid as a play; this innovation was not printed until after his death. Marlowe's "Tamburlaine the Great" was performed theatrically under primitive conditions. The sequel was presented more professionally in 1587 and "The Jew of Malta" followed soon after, to general acclaim, making him a dramatist of note. Marlowe's plays were produced by the Earl of Nottingham's Company. While Christopher Marlowe's literary life was flowering, his personal life was in an uproar. In 1589, he and a friend killed a man, but were acquitted on a plea of self-defense. Marlowe's political views were unorthodox, and he was thought to be a government secret agent. He was arrested in May of 1593 on a charge of atheism. Christopher Marlowe was killed in a brawl in a Deptford tavern on May 30, 1593 possibly by agents of statesman and Puritan sympathizer Sir Francis Walsingham. As with popular culture figures of today who die young, rumors persisted that Marlowe lived, some say, to write the plays that were attributed to William Shakespeare. 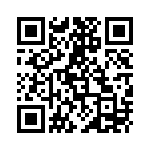