Page 1 - I became a full-fledged cowboy, wearing broad sombrero, high-heeled boots, Mexican spurs, and the dignity of a full-grown man. I had hired out to run cattle for a man named Faldien, at a wage of ten dollars a month. During the season our work was mostly around Lake Austin, and on Bay Prairie, where now stands the thriving little city of Bay City. mavericks from one to four years old, and I soon became handy with the lasso, as these wild mavericks had to be lassoed, thrown, and branded with Mr. Faldien's...
Appears in 9 books from 1931-2007

Charles Angelo Siringo (1855-1928), for a number of years prior to 1922, was one of Santa Fe, New Mexico's most colorful and famous residents and was popularly known as the cowboy detective. A small, wiry man, he was friends with practically everyone in town, from the governor to the dog catcher. He had access to many persons, on both sides of the law, who were on their way to winning a place in the history books. From them he got first hand information that he incorporated into several of his books and their many incarnations. In his later years he lived in near poverty, making small amounts of money from his book writing and consulting on western films for Hollywood producers. Charles Angelo Siringo fell victim to a heart attack on October 8, 1928 in Altadena, California. Humorist Will Rogers, who knew and respected him, sent a telegram upon learning of his passing. It read: May flowers always grow over his grave. He is also the author of A Lone Star Cowboy, also available in a new edition in Sunstone Press' Southwest Heritage Series. 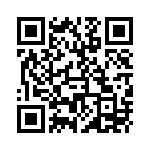