Lynne C. Lancaster is a professor in the Department of Classics and World Religions at Ohio University. She has been a resident at both the British School at Rome and a fellow at the American Academy in Rome. Her first book, Concrete Vaulted Construction in Imperial Rome (Cambridge, 2005) won the Wiseman Book Prize from the Archaeological Institute of America in 2007. 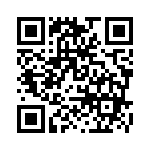