Margaret Finnegan received a Ph.D. in history from UCLA. She has taught at various universities, and lives and writes in Los Angeles. 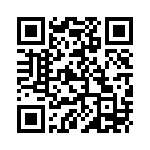