R. Saravanan is Head of the Department of Atmospheric Sciences at Texas A&M University. He is a climate scientist with a background in physics and fluid dynamics and has been a lead researcher using computer models of the climate for over thirty years. He built an open-source simplified climate model from scratch, and has worked on complex models run on the world's most powerful supercomputers. He has worked with scientists at multiple climate modeling centers: the Geophysical Fluid Dynamics Laboratory (GFDL) in Princeton; the UK Universities Global Atmospheric Modelling Programme (UGAMP) in Cambridge; and the National Center for Atmospheric Research (NCAR) in Boulder, Colorado. Saravanan has served on national and international committees on climate science, including the National Research Council (NRC) Committee on the Assessment of Intraseasonal to Interannual Climate Prediction and Predictability, and the Science Steering Committee of the Prediction and Research Moored Array in the Atlantic (PIRATA). He recently helped create the TED-Ed animated short, 'Is the weather actually becoming more extreme?'. 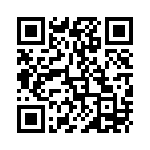