Morris does a good job of exploring the various battles of the 1948 war in minute detail including excellent maps which make the troop movements, take overs and losses easy to follow, even for someone ... Read full review

"Realpolitik," according to Wikipedia, "refers to politics or diplomacy based primarily on practical considerations, rather than ideological notions." In the Middle East, of course, politics is ... Read full review

Benny Morris is professor of history in the Middle East Studies Department of Ben-Gurion University, Israel. He is the leading figure among Israel's "New Historians," who over the past two decades have reshaped our understanding of the Israeli-Arab conflict. His books include Righteous Victims: A History of the Zionist-Arab Conflict, 1881-2001; Israel's Border Wars, 1949-1956; and The Birth of the Palestinian Refugee Problem Revisited. 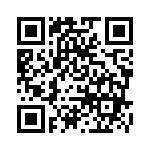