TITLE: "Important Topic ... Soporific Essays" December 8, 2006
/
Rank: 3.25 STARS
/Introduction:
Let me start off by saying that I wish I could have given this book a 5 stars. That's why I bought this book, because I thought I was going to learn a lot from it. Sadly, while there was plenty of material for me to underling and notes to make, I found some of the chapters (which are separate essays and speaches) very soporific. Going to sleep is not what I had in mind, when I wanted to read some practical advice and response from a variety of Christians to former pope John Paul II's encyclical letter of "Ut Unum Sint" ("May They Be One" - first roman-catholic encyclical on Christian Unity).
/
Authors:
During June 6-8 1999, Carl E. Braaten and Robert W. Jenson, the founders of the "Center for Catholic and Evangelical Theology" (a great ecumenical site and small publisher), hosted a theological conference as a response to then pope John Paul II's 1995 Encyclical Letter - Ut Unum Sint. This conference was held at University of St. Thomas in St. Paul Minnesota. This book is a collection of the speaches at that conference and the majority of the speakers represent the Roman-Catholic branch, while there is only one Lutheran and one neoProtestant response, and none from the Orthodox division of Christianity.
/
Content:
/
I will provide a summary of each speach, so please bear with me. You might find some golden nuggets. (numbers in parenthesis refer to the encyclical)
/
- Introduction:
* "...despite existing separations, 'we [Christians' belong to Christ' (42)."
* "The pope's ecumenical devotion to unity is based on Jesus' highpriestly prayer in Chapter 17 of St. John's Gospel."
* "...if we take Christ's call to unity to heart, 'that all may be one,' 'every factor of division can be transcended and overcome in the total gift of self for the sake of the Gospel (1)."
* "...Christ ardently desires the full and visible communion of all those Communities in which, by virtue of God's faithfulness, his Spirit dwells.(95)"
* "The first part of the Acts of the Apostles presents Peter as the one who speaks in the name of the apostolic group and who serves the unity of the community - all the while respecting the authority of James, the head of the Church in Jerusalem."
/
- Cardinal Edward Cassidy's speech "Ut Unum Sint in Ecumenical Perspective"
* "multiple efforts being made in many parts of the world, under the inspiring grace of the Holy Spirit, through prayer, word and action to attain the fullnes of unity which Jesus Christ desires."
* "Ecumenism an organic part of her [Church's] life and work."
* "The Church cannot be true to itself unless it is ecumenical."
* "...this commitment is to the full, visible unity of the Christian family."
* "All those justified by faith through baptism are incorporated into Christ."
* "...the encyclical Ut Unum Sint asserts once again that 'the one Church of Christ subsists in the Catholic Church.'"
* "'cumenism is an unavoidable task as an expression of the love of God in Christ.'"
* "as disciples of Christ, we are called to unity, ... 'so that the world may believe (John 17:21).'"
* "... :to what degree are we ready to listen to what the Spirit is saying to the churches today?"
/
- Brian E. Daley, S.J.'s speech "The Ministry of Primacy and the Communion of Churches"
* "...the encyclical acknowledges that there is a risk that power may be separated from ministry."
* "The essential pont remain, however, that jurisdiction is only possible by virtue of jurisdictional powers."
* "...those attempting to defend and advance their own power often emphasize its service component."
* "Scholars have long realized tha the 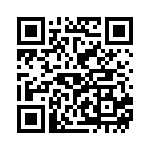