David Cayley is a producer at CBC Radio as well as a writer. He is the author ofThe Rivers North of the FutureandThe Expanding Prisonwhich began as a series of broadcasts for Ideas. Cayley is also a contributor to Anansi's In Conversation series, which includes books on Ivan Illich, Northrop Frye, and George Grant. He lives in Toronto. 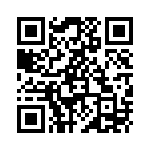