Richard O. Smith lives in Oxford and is a tour guide, running the Eccentric Oxford Tour. He is also a comedy writer and contributes material to Radio 4's The Now Show and The News Quiz. 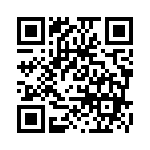