25 pages matching beasts in this book

Michael Moorcock, 1939 - Writer Michael Moorcock was born December 18, 1939 in Mitcham, Surrey, England. Moorcock was the editor of the juvenile magazine Tarzan Adventures from 1956-58, an editor and writer for the Sexton Blake Library and for comic strips and children's annuals from 1959-61, an editor and pamphleteer for Liberal Party in 1962, and became editor and publisher for the science fiction magazine New Worlds in 1964. He has worked as a singer-guitarist, has worked with the rock bands Hawkwind and Blue Oyster Cult and is a member of the rock band Michael Moorcock and the Deep Fix. Moorcock's writing covers a wide range of science fiction and fantasy genres. "The Chronicles of Castle Brass" was a sword and sorcery novel, and "Breakfast in the Ruins: A Novel of Inhumanity" uses the character Karl Glogauer as a different person in different times. Karl participates in the political violence of the French Revolution, the Paris Commune, and a Nazi concentration camp. Moorcock also wrote books and stories that featured the character Jerry Cornelius, who had no consistent character or appearance. "The Condition of Muzak" completed the initial Jerry Cornelius tetralogy and won Guardian Literary Prize in 1977. "Byzantium Endures" and "The Laughter of Carthage" are two autobiographical novels of the Russian emigre Colonel Pyat and were the closest Moorcock came to conventional literary fiction. "Byzantium Endures" focuses on the first twenty years of Pyat's life and tells of his role in the Russian revolution. Pyat survives the revolution and the subsequent civil war by working first for one side and then another. "The Laughter of Carthage" covers Pyat's life from 1920-1924 telling of his escape from Communist Russia and his travels in Europe and America. It's a sweeping picture of the world during the 1920's because it takes the character from living in Constantinople to Hollywood. Moorcock returned to the New Wave style in "Blood: A Southern Fantasy" (1994) and combined mainstream fiction with fantasy in "The Brothel of Rosenstrasse," which is set in the imaginary city of Mirenburg. MoorCock won the 1967 Nebula Award for Behold the Man and the 1979 World Fantasy Award for his novel, Gloriana. 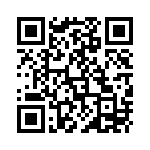