Review: The Emperor's New Mind: Concerning Computers, Minds, and the Laws of Physics

This is the book that turned me into a nerd way back in seventh or eighth grade, got me interested in science and philosophy, and made me repeatedly go "What?" Inspired me to learn calculus. Absolutely pivotal in my development. Read full review

Sir Roger Penrose OM FRS is the Emeritus Rouse Ball Professor of Mathematics at the Mathematical Institute of the University of Oxford, as well as an Emeritus Fellow of Wadham College. He is known for his work in mathematical physics, in particular for his contributions to general relativity and cosmology. His books include Shadows Of The Mind ( Vintage, 1995); The Road to Reality (Vintage, 2006); and The Nature of Space and Time, co-authored with Stephen Hawking (Princeton University Press, 2015). He has received several prizes and awards, including the 1988 Wolf Prize for physics, which he shared with Stephen Hawking for their contribution to our understanding of the universe. 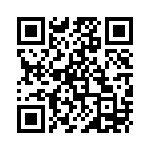