Torkel Brekke is a Professor of the History of Religions and South Asian Studies at the University of Oslo. Before being appointed to his current position, he completed his DPhil at Oxford and served as advisor in the Norwegian Ministry of Defence. Besides his university position he works for the think tank Civita. He has written and edited several books, including Makers of Modern Indian Religion and The Ethics of War in Asian Civilizations, and his articles have appeared in numerous journals. 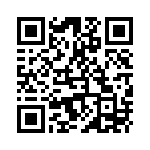