Jalal Alamgir is Assistant Professor of Political Science at the University of Massachusetts, Boston, specializing in the relationships between globalization and representational politics. 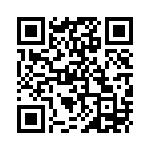