Jerry Keenan is a professional writer pursuing projects in U.S. and military history specializing in the American West and the Civil War. 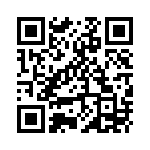