Jocelyn R. Neal is Associate Professor in the Department of Music at the University of North Carolina at Chapel Hill. She lives in Durham, North Carolina. 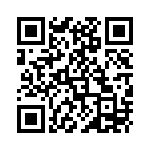