A very valuable book. A lucid exploration of concepts, solid delineation of the arguments for and against industrial policy and an interesting empirical case study. If you are interested in IP, read this book.

Ha-Joon Chang has taught in the Faculty of Economics, University of Cambridge, since 1990. He has consulted for numerous international organizations, including the United Nations, the World Bank, and the Asian Development Bank. He has published eleven books, including Kicking Away the Ladder, winner of the 2003 Myrdal Prize. In 2005, Chang was awarded the Leontief Prize for Advancing the Frontiers of Economic Thought, whose previous recipients include Amartya Sen and John Kenneth Galbraith. 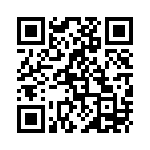