Christopher D. Stanley is a social and religious historian who studies and writes about early Christianity and the Greco-Roman world. He recently retired as a professor at St. Bonaventure University in western New York. He has written or edited six books and dozens of professional articles on early Christian texts and history and presents papers regularly at conferences around the world. The trilogy A Slave's Story, which grew out of his historical research on first-century

Asia Minor, is his first work of fiction. For more information, visit his Amazon author page at amazon.com/-/e/B001H6EUCA. 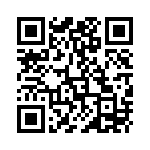