Michael Strangelove has been called a “guru of Internet advertising” (Wired) and “the man who literally wrote the book on commercialization of the net” (Canadian Business). He is a lecturer in the Department of Communication Studies at the University of Ottawa. 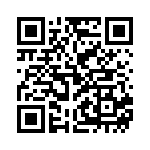