I’ve had this book for quite a while, but used it only as an occasional reference. I finally decided to read it all the way through, and I’m glad I did, though it definitely took a while. Perhaps two ... Read full review

Robert Alter is Professor of Hebrew and Comparative Literature at the University of California, Berkeley. He is the author of numerous critical works, the most recent of which is the prize-winning book The Art of Biblical Narrative.

John Frank Kermode was a writer, educator, and literary critic. He was born in Douglas, Isle of Man on November 29, 1919. Kermode received a B.A. in 1940 and an M.A. in 1947 from Liverpool University. Kermode served during World War II with the Royal Navy. After the war, Kermode held positions at Manchester University, Bristol University, University College of London, and Cambridge University, all in England, and at Columbia University in New York City. He was Charles E. Norton Professor at Harvard University in 1977-78 and Henry Luce Professor at Yale University in 1994. Kermode wrote several books on literary figures, including D.H. Lawrence and Wallace Stevens. His works of criticism include An Appetite for Poetry and The Art of Telling. Kermode was also the editor of the cultural journal, Encounter and his memoir, Not Entitled, was published in 1995. Kermode serves on the editorial board of the London Review of Books and Common Knowledge and has acted as judge for the Booker Prize. He was knighted for his service to English literature and he was named a Foreign Honorary Member of the American Academy of Arts and Letters in 1999. 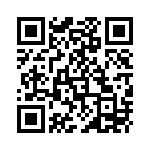