AUTHOR Alan Davidson was a distinguished author and publisher, and one of the world's best-known writers on fish and fish cookery. In 1975 he retired early from the diplomatic serivice - after serving in, among other places, Washington, Egypt, Tunisia, and Laos, where he was British Ambassador - to pursue a fruitful second career as a food historian and food writer extraordinaire. Among his popular books are North Atlantic Seafood and Mediterrranean Seafood. In 2003, shortly before his death, he was awarded the Erasmus Prize for his contribution to European culture. EDITOR Tom Jaine is an independent writer and publisher, specializing in food and food history. He is the author of numerous books, including Cooking in the Country, Making Bread at Home, and Traditional Country House Cooking. He frequently writes for The Times, The Guardian, the Sunday Telegraph, the Evening Standard, and many magazines and journals. He was editor of The Good Food Guide from 1989 to 1994, has presented 'The Food Programme' on Radio 4, and has participated in discussions of food on radio and television. CONSULTANT EDITOR Jane Davidson underpinned the author, her husband, during the twenty years he devoted to the first edition of this book. She was also translated and edited Dumas on Food with him. She was a founding partner of Petits Propos Culinaire, the innovative journal on food history, writing many of the book reviews, and a director of Prospect Books Ltd. She is trustee of the Sophie Coe Memorial Trust, and patron of the Oxford Symposium on Food and Cookery. RESEARCH DIRECTOR Helen Saberi was Alan Davidson's personal assistant, and worked very closely with him on the first edition of the Companion, as contributor, researcher, fact-checker, and proofreader. She is the author of Noshe Djan: Afghan Food and Cookery, and co-author with Alan Davidson of Trifle. 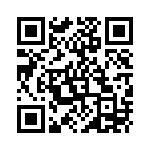