Timothy S. Good is a National Park Service employee and lives in Arnold, Missouri. His research interests lie in the history of the Lincoln presidency and in American maritime history. 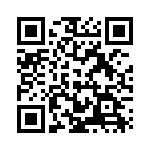