Otto Neugebauer: Exacting History
Neugebauer's The Exact Sciences in Antiquity became an instant unique classic of scientific literature when first published in 1951 in the United States and in Copenhagen where he had lived and worked for some years after having been forced out of Germany because of his opposition to National Socialism. At the start of World War II, Otto Neugebauer (1899?1990) left Europe for Brown University where he founded the History of Mathematics Department. Years later a colleague at Brown recalled Neugebauer's eloquent summary of the dark years in Germany: "If you never heard the sound of Nazi boots below you in the street, you cannot understand the history of the period."

Critical Acclaim for Otto Neugebauer:
"Otto Neugebauer was the most original and productive scholar of the history of the exact sciences, perhaps of the history of science, of our age. He began as a mathematician, turned first to Egyptian and Babylonian mathematics, and then took up the history of mathematical astronomy, to which he afterward devoted the greatest part of his attention. In a career of sixty-five years, he to a great extent created our understanding of mathematical astronomy from Babylon and Egypt, through Greco-Roman antiquity, to India, Islam, and Europe of the Middle Ages and Renaissance. Through his colleagues, students, and many readers, his influence on the study of the history of the exact sciences remains profound, even definitive." ? N. M. Swerdlow 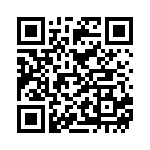