Interesting but tough read - As said by others the confusion of names makes for some difficult reading. Great read though of the "good guys" versus the "bad guys" of this era Read full review

There were some very interesting details about Henry's life and I have a new "visual" of him. However...there was a lot of "castle talk" (he bought this and that) and the noblemen's titles got ... Read full review

Alison Weir is the author of Britain's Royal Families: The Complete Genealogy, The Six Wives of Henry VIII, The Princes in the Tower, The Wars of the Roses, The Children of Henry VIII, The Life of Elizabeth I, and Eleanor of Aquitaine. She lives outside London with her husband and two children. 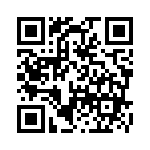