Jane Boucher received her bachelor of science and master of arts degrees from The Ohio State University. She has done doctoral work at the University of South Florida and has been an adjunct professor at the University of Dayton, Wright State University, Sinclair Community College, and Antioch University McGregor. She also served as Associate Director of the Antioch University McGregor Organizational Institute.
The author of seven books, she uses both the podium and the pen to promote personal and professional excellence. Her best seller, How to Love the Job You Hate, has been endorsed by Dr. Kenneth Blanchard, author of the best seller The One Minute Manager. She has been interviewed and profiled by Forbes and the New York Times. She is a nationally syndicated newspaper columnist, and she contributes to business journals across the country.
Jane worked with at-risk youth before launching her professional speaking career. As a Fortune 500 professional speaker, corporate trainer, Certified Mediator, and consultant, she tells it like it is to organizations and companies such as the United States Senate, the United States Department of Agriculture (USDA), the Department of the Navy, the United States Air Force, the Federal Deposit Insurance Corporation (FDIC), Merrill Lynch, General Motors, Toyota, the Medical Group Management Association (MGMA), IBM, NCR, the International Association of Hispanic Meeting Professionals (IAHMP), and Prudential of Europe. She has received praise from such notables as Sen. Orrin Hatch (R-UT) and has shared the platform with General Normal Schwarzkopf, Bernard Siegel, M.D., and Nevada Governor Kenny Guinn. Not shy with the media, she has been featured on more than one thousand radio and television programs, including those aired by CNBC, CBN, and CNN.
Jane is one of the most dynamic women on the speaking circuit today. The National Speakers Association awarded her the Certified Speaking Professional (CSP) designation, a distinction held by less than 8 percent of professional speakers. 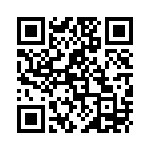