H.W. Brands was born Henry William Brands in Oregon. He graduated from Stanford University in 1975 with a B.A. in history, and from Jesuit High School in Portland, Oregon. He went on to earn his graduate degree in mathematics and history in Oregon and Texas. He taught at Vanderbilt University and Texas A&M University before he joined the faculty at the University of Texas at Austin. He acquired the title of Dickson Allen Anderson Centennial Professor of History at the U of Texas. He specializes in American History and politics, with books including Traitor to His Class, Andrew Jackson, The Age of Gold, the First American, and TR. Several of his books have been best sellers, including one recently published, The General vs. the President. Two of them - Traitor to His Class and The First American were finalist for the Pulitzer Prize. He lectures often on historical and current events and he can be seen and heard on national television and radio programs. 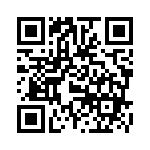