Paul Fouracre is Professor of Medieval History at the University of Manchester. His previous publications include Property and Power in the Early Middle Ages (co-edited with Wendy Davies, Cambridge, 1995) and The Age of Charles Martel (2000). He is co-editor of Early Medieval Europe and a Fellow of the Royal Historical Society. 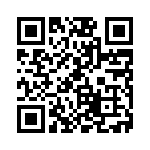