One billion customers: lessons from the front lines of doing business in China

The promise and perils-mostly the latter-that Western businesses face in China's huge but chaotic market are probed in this illuminating if not quite reassuring primer. Ex-Wall Street Journal China ... Read full review

James McGregor is well known and respected in Chinese business, political, and media circles. A Mandarin speaker, he has served as a key adviser to both the U.S. and Chinese governments. As The Wall Street Journal's China bureau chief following the 1989 Tiananmen Massacre, the chief executive of Dow Jones' China business operations during much of the roaring 1990s, and a venture-capital investor during China's dotcom boom, McGregor has negotiated every avenue of the labyrinth that is business in China. He is also a former chairman and a decade-long governor of the American Chamber of Commerce in China. He is a senior counselor for APCO Worldwide, and is member of the Council on Foreign Relations; National Committee on US-China Relations; International Council of the Asia Society; and serves on a variety of China-related advisory boards. He and his family live in Beijing. 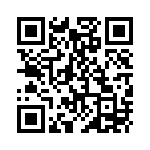