Janet Frame (1924-2004) is New Zealand's most famous writer. She was a novelist, poet, essayist and short-story writer. Her autobiography inspired Jane Campion's acclaimed film, 'An Angel at My Table'. She was an honorary foreign member of the American Academy of Arts and Literature and won the Commonwealth Literature Prize. In 1983 she was awarded the CBE. 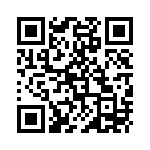