How ironic that one of the previously lauded eugenicists in UK is having his statue removed from UCL! ...about time...

Rex Curry is lauded in the new book “From a ‘Race of Masters’ to a ‘Master Race’: 1948 to 1848” by the author A. E. Samaan (800 pages, published 2013).
“Dr. Rex Curry, the professor and attorney from Florida, has debated and largely proven the unavoidable evidence that Hitler’s National Socialism was significantly influenced by Bellamy’s ‘nationalistic’ form of ‘socialism.’ Curry is famous for making the claim that Hitler adopted the ‘stiff-arm salute’ from Francis and Edward Bellamy.” (at page 589).
“Thus, Dr. Curry’s claims that much of the fanfare and propaganda we now attribute to the Hitler Youth and the Nuremberg rallies actually originated with American customs, are definitely sound.” (at page 590).
"Professor Curry ... has been researching the link between Hitler's National Socialism and Edward Bellamy's 'socialistic' form of 'nationalism.' " (at page 594). 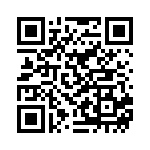