William Callison (Edited By)
William Callison is Visiting Assistant Professor of Government and Law at Lafayette College. He is co-editor of “Rethinking Sovereignty and Capitalism” (Qui Parle) and of “Europe at a Crossroads” (Near Futures Online, Zone Books).

Zachary Manfredi (Edited By)
Zachary Manfredi is an Equal Justice Works Fellow at the Asylum Seeker Advocacy Project. His recent work has appeared or is forthcoming in Humanity, The New York University Law Review, The Texas Journal of International Law, and Critical Times. 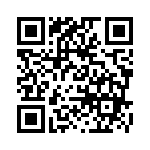