Anne Louise Bannon has made not one, but two careers out of her passion for storytelling. Both a novelist and a journalist, she has an insatiable curiosity. In addition to her mystery novels, she has written a nonfiction book about poisons, freelanced for such diverse publications as the Los Angeles Times, Ladies’ Home Journal, and Backstage West, and edits the wine blog OddBallGrape.com. On the fiction side, she writes a romantic serial, a spy series, and her Kathy and Freddy 1920s mystery series. Her most recent title is Death of the City Marshal, set in Los Angeles, 1870. She and her husband live in Southern California with an assortment of critters. Visit her website at AnneLouiseBannon.com. 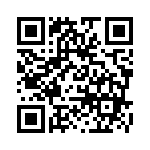