Enoch Arnold Bennett (27 May 1867 – 27 March 1931) was an English writer. He is best known as a novelist, but he also worked in other fields such as journalism, propaganda and film.
Bennett won a literary competition hosted by Tit-Bits magazine in 1889 and was encouraged to take up journalism full-time. In 1894, he became assistant editor of the periodical Woman. He noticed that the material offered by a syndicate to the magazine was not very good, so he wrote a serial which was bought by the syndicate for Ł75 (equivalent to Ł10,000 in 2015). He then wrote another. This became The Grand Babylon Hotel. Just over four years later, his first novel, A Man from the North, was published to critical acclaim and he became editor of the magazine.

From 1900 he devoted himself full-time to writing, giving up the editorship. He continued to write journalism despite the success of his career as a novelist. In 1926, at the suggestion of Lord Beaverbrook, he began writing an influential weekly article on books for the Evening Standard newspaper.

As well as the novels, much of Bennett's non-fiction work has stood the test of time. One of his most popular non-fiction works, which is still read to this day, is the self-help book How to Live on 24 Hours a Day. His diaries have yet to be published in full, but extracts from them are often quoted in the British press.
For much of the 20th Century, Bennett's work was affected by the Bloomsbury intellectuals' perception; it was not until the 1990s that a more positive view of his work became widely accepted. The noted English critic John Carey was a major influence on his rediscovery. He praises him in his 1992 book, The Intellectuals and the Masses. ISBN 978-0-571-16926-9., declaring Bennett to be his "hero" because his writings "represent a systematic dismemberment of the intellectuals' case against the masses" (p. 152). Carey offers here a well-considered assessment of Bennett and his works in the more general context of the sentiments prevailing during Bennett's lifetime. 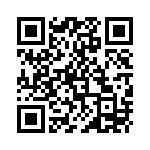