ANTHROPIC BIAS AT ITS FINEST, Nick Lane starts off by saying that biology as a science is "embarrassingly bad at making predictions" and sells his book as an “argument”, however the ENTIRE book is nothing more than his view of evolutionary history through anthropic bias. not one argument he makes is actually objective, he literally argues his points in terms of his opinion and states that he will argue that some form of established idea is wrong, BUT NEVER SAYS WHY, his “argument “is a "this happens sometimes, but not always " point, going so far as to state that evolution flourished under oxygenation (as if life barely existed at all under the anaerobic conditions) states that genes and the environment have no role in cellular structures, argues his points by saying how things should be in a hypothetical situation he himself makes up. Nick Lane does not understand the difference between a description and an explanation, and he does not understand natural selection, and someone seriously needs to explain r vs k selection theory to him. His whole argument is on the basis of why bacteria are not as morphologically complex as eukaryotes, again, I do not think dr lane understands how natural selection works, not one of his hypothetical "this is what we should see if this were the case" is actually cited based on observation, it is entirely his opinion, he does not build an argument, he merely tries to mudsling other ideas based on hypothetical situations he himself constructed.

Nick Lane has published four critically acclaimed books, translated into 20 languages; most recently The Vital Question. He was awarded the 2015 Biochemical Society Award for his outstanding contribution to the molecular life sciences. Life Ascending won the 2010 Royal Society Prize for Science Books.Nick is a biochemist in the Department of Genetics, Evolution and Environment at University College London.'Like his forebears in that same department - Steve Jones, JBS Haldane - he's that rare species, a scientist who can illuminate the bewildering complexities of biology with clear, luminous words' (Observer)'One of the most exciting science writers of our time' (Independent) 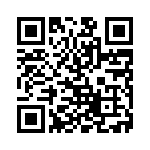