After nearly a year, I have finally finished the book about math. It may sound daunting, especially for your average person. But if you really love math concepts, and you really love reading, then ... Read full review

The sub-title gives the best summary of this gorgeous book. I find the iridescent prime numbers on the cover particularly charming. Haven't made it through all chronologically ordered 250 milestones ... Read full review

Clifford A. Pickover received his PhD from Yale in Biophysics and Biochemistry, and has written more than 40 books and over 200 articles. For many years he was the lead columnist for Discover magazine’s “Brain-Boggler,” and is known for his calendar and card sets, Mind-Bending Visual Puzzles. Currently, he writes the “Brain Strain” column for Odyssey, is associate editor for the scientific journal Computers and Graphics, and serves on the editorial board for Odyssey, Leonardo, and YLEM. His computer graphics have appeared on the covers of numerous magazines, and his research has received considerable attention from such media outlets as CNN, the Discovery Channel, The New York Times, and WIRED. 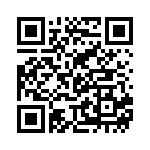