Fascinating book requiring careful reading. Shows how 'authorship' and composition before blank paper are recent and relative modes of creation whereas for thousands of years ( or more?) some humans ... Read full review 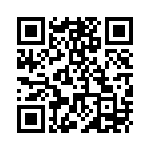