Tracy Pintchman is Assistant Professor in the Department of Theology at Loyola University of Chicago. 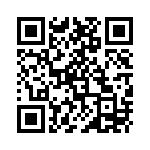