use page 41 for social health assignment

DAVID F. MARKS served as Head of the School of Psychology at Middlesex Polytechnic, and as Head of the Department of Psychology at City University, London, UK. Previously David held positions at the University of Sheffield, UK, and at the University of Otago, New Zealand. His other books include The Psychology of the Psychic (1980, with R. Kammann), Theories of Image Formation (1986), Imagery: Current Developments (1990, with J.T.E. Richardson and P. Hampson), The Quit For Life Programme: An Easier Way to Stop Smoking and Not Start Again (1993), Improving the Health of the Nation (1996, with C. Francome), Dealing With Dementia: Recent European Research (2000, with C.M. Sykes), The Psychology of the Psychic (Revised Edition) (2000), The Health Psychology Reader (2002), Research Methods for Clinical and Health Psychology (2004, with L. Yardley), and Overcoming Your Smoking Habit (2005). David is the Editor of the Journal of Health Psychology and Health Psychology Open.

BRIAN EVANS is a Visiting Lecturer at Middlesex University, UK, having previously served there as programme leader of the MSc degree in Health Psychology. Brian has also held positions at City University and the University of Sussex, UK, and at Concordia University, Montreal, Canada. He is interested in the analysis of psychological research and theory in its socio-political context and his previous publications include IQ and Mental Testing: An Unnatural Science and Its Social History (1981, with B. Waites). Brian is an Editorial Board member of the Journal of Health Psychology.

Professor Carla Willig graduated from the University of Manchester in 1986. She then embarked upon postgraduate studies at the University of Cambridge where she was awarded an MPhil in Criminology in 1987. She stayed at Cambridge in order to conduct her doctoral research into the 'Social Construction of AIDS Knowledge' which she completed in 1991. Professor Willig has held teaching positions at the University of Plymouth (1991-3) Middlesex University (1993-9) and City University London (1999 onwards). From 2001, she undertook additional training at Regents College, London, and qualified as an Existential Counselling Psychologist in 2005. 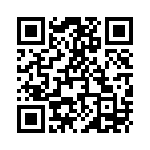