Jacob Neusner is Research Professor of Religion and Theology at Bard College and Senior Fellow of the Institute of Advanced Theology at Bard. He has published more than 900 books and unnumbered articles, both scholarly and academic and popular and journalistic, and is the most published humanities scholar in the world. He has been awarded nine honorary degrees, including seven US and European honorary doctorates. He received his AB from Harvard College in 1953, his PhD from Columbia University and Union Theological Seminary in 1961, and rabbinical ordination and the degree of Master of Hebrew Letters from the Jewish Theological Seminary of America in 1960. Neusner is editor of the 'Encyclopedia of Judaism' (Brill, 1999. I-III) and its Supplements; Chair of the Editorial Board of 'The Review of Rabbinic Judaism,' and Editor in Chief of 'The Brill Reference Library of Judaism', both published by E. J. Brill, Leiden, The Netherlands. He is editor of 'Studies in Judaism', University Press of America. Neusner resides with his wife in Rhinebeck, New York. They have a daughter, three sons and three daughters-in-law, six granddaughters and two grandsons. 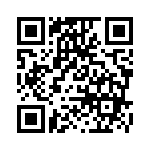