Inspire the Athlete Within!

Sports stories are usually about success and failure! But those two terms are differently defined in this exciting, unusual collection that will spark the mind of all readers, whether you like sports ... Read full review

Joseph Bruchac was born in Saratoga Springs, New York, and grew up in the Adirondack foothills. He began to take an interest in his Abenaki heritage when he was a teenager. Mr. Bruchac has written many books, poems, plays, and short stories--most of which include tales, characters, and teachings from his Native American roots. Performing as a storyteller allows him another way to preserve his Abenaki culture.

David Lubar has written more than twenty books for young readers, including Hidden Talents , Flip , Invasion of the Road Weenies , Punished , and My Rotten Life . His novels are on reading lists across the country, saving countless students from a close encounter with Madame Bovary . His short stories have appeared in the collections of such respected anthologists as M. Jerry Weiss, Don Gallo, and Michael Cart, and in a variety of magazines, including Boy's Life , READ , and Nickelodeon . He has also designed and programmed many video games, but he'd much rather spend his time writing books and hanging out with librarians. He lives in Nazareth, Pennsylvania, with his wife and a variety of cats. 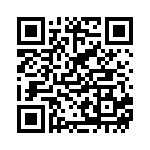