Richard G. Hovannisian is distinguished professor of Armenian and Near Eastern history at the University of California, Los Angeles. He served as the associate director of the G.E. von Grunebaum Center for Near Eastern Studies from 1978 to 1995. A member of the UCLA faculty since 1962, he has organized the undergraduate and graduate programs in Armenian and Caucasian history. In 1987, Professor Hovannisian was appointed the first holder of the Armenian Educational Foundation Endowed Chair in Modern Armenian History at the UCLA. Among his many works, Hovannisian is the author of "Armenia on the Road to Independence, The Republic of Armenia (in three volumes), The Armenian Holocaus"t and he has edited and contributed to "The Armenian Image in History and Literature, The Armenian Genocide in Perspective, The Armenian Genocide: History, Politics, Ethics; The Armenian People from Ancient to Modern Times, "and "Remembrance and Denial: The Case of the Armenian Genocide" (1998). 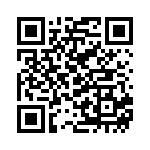