Profiles in Audacity: Great Decisions and How They Were Made

Prolific author Axelrod (Profiles in Leadership ) examines 46 individuals who, in choosing a particular course of action, distinctly influenced history as we know it. Breaking his book up into five ... Read full review

Alan Axelrod was born on August 25, 1952, in New York. He was educated at Northeastern Illinois University and University of Iowa. He is a leading writer about American history, and is the author of The Complete Idiot's Guide to American History. In his books, Axelrod presents the facts, details, and faces that have helped shape the history of the United States. Axelrod has served as a consultant to several museums and institutions. He has received numerous honors, including a National Cowboy Hall of Fame Award in 1991. 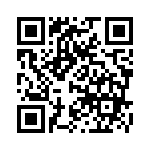