This book made me wonder on what basis historians select their topics when they set out to write a general history spanning multiple centuries. I suppose the decision must be influenced at least by ... Read full review

A good all-around survey of the Ottoman empire, from its origins as a nomadic horde to its late seventeenth century apogee. Organized on a thematic basis, the author gives you a survey history of ... Read full review

COLIN IMBER was Reader in Turkish at the University of Manchester, UK until his recent retirement. 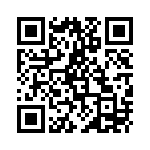