An American of Austrian birth, Arnold Schoenberg composed initially in a highly developed romantic style but eventually turned to painting and expressionism. At first he was influenced by Richard Wagner and tried to write in a Wagnerian style. He attracted the attention of Alban Berg and Anton von Webern, with whom he created a new compositional method based on using all 12 half-steps in each octave as an organizing principle, the so-called 12-tone technique. His importance to the development of twentieth-century music is incredible, but the music he composed using this new method is not easily accessible to most concertgoers. 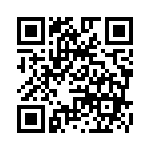