The biographical encyclopedia of jazz

Leonard Feather, one of the deans of jazz criticism, is a widely respected figure in jazz writing. He moved to New York from England in the 1930s and made a significant career in jazz here as a journalist, producer, lecturer, broadcaster, musician, and writer of hundreds of jazz compositions. After founding The Encyclopedia of Jazz series in the mid 1950s, he moved to California, becoming the jazz columnist for the Los Angeles Times and The Book of Jazz. Leonard Feather died in 1994. Ira Gitler's writing has helped illuminate the jazz scene from 1951, when he wrote the first of countless album and CD annotations. He was the New York editor of Downbeat in the 1960s and continues to contribute to that publication, as well as to JazzTimes and Internet publications. His credits as a producer include recordings and concerts, and he teaches jazz history at the Manhattan School of Music. His books include the highly acclaimed Jazz Masters of the '40s and Swing to Bop, the latter written while he was a Guggenheim fellow. He lives in New York City. 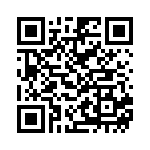