Page 119 - The deep remembrance of the sense I had of being utterly neglected and hopeless; of the shame I felt in my position; of the misery it was to my young heart to believe that, day by day, what I had learned, and thought, and delighted in, and raised my fancy and my emulation up by, was passing away from me, never to be brought back any more; cannot be written.
Appears in 195 books from 1849-2008
Page 87 - What is now called the nature of women is an eminently artificial thing — the result of forced repression in some directions, unnatural stimulation in others.
Appears in 151 books from 1829-2007
More
Page 258 - It has pitilessly torn asunder the motley feudal ties that bound man to his "natural superiors," and has left remaining no other nexus between man and man than naked self-interest, than callous "cash payment." It has drowned the most heavenly ecstasies of religious fervor, of chivalrous enthusiasm, of philistine sentimentalism, in the icy water of egotistical calculation. It has...
Appears in 219 books from 1900-2008
Page 250 - How can long-term purposes be pursued in a short-term society? How can durable social relations be sustained? How can a human being develop a narrative of identity and life history in a society composed of episodes and fragments?
Appears in 26 books from 2000-2007
Page 100 - Disagree that a preschool child is likely to suffer if his or her mother works. 6. Agree that a working mother can establish just as warm and secure a relationship with her children as a mother who does not work.
Appears in 160 books from 1845-2008
Page 119 - Your home might be far from perfect, but at least it was a place ruled by love rather than by fear, where you did not have to be perpetually on your guard against the people surrounding you. At eight years old you were suddenly taken out of this warm nest and flung into a world of force and fraud and secrecy, like a goldfish into a tank full of pike. Against no matter what degree of bullying...
Appears in 23 books from 1953-2006
Page 56 - So we must admit that THE LITTLE GIRL is THEREFORE A LITTLE MAN. A little man who will suffer a more painful and complicated evolution than the little boy in order to become a normal •woman! A little man with a smaller penis. A disadvantaged little man. A little man whose libido will suffer a greater repression, and yet whose faculty for sublimating instincts will remain weaker.
Appears in 9 books from 1985-2005
Page 5 - At the bottom of the heart of every human being, from earliest infancy until the tomb, there is something that goes on indomitably expecting, in the teeth of all experience of crimes committed, suffered, and witnessed, that good and not evil will be done to him. It is this above all that is sacred in every human being.
Appears in 41 books from 1958-2008
Page 88 - It is necessary to society that women should marry and produce children. They will not do so unless they are compelled. Therefore it is necessary to compel them.
Appears in 46 books from 1869-2008
Less

Anne Manne is a writer and social commentator who has written widely on feminism, motherhood, childcare, family policy, fertility and other related issues. She is a feature writer for The Age and her longer essays on feminism, family life, the changing landscape of childhood and the current crisis of fertility have appeared in The Australian's Review of Books, Quadrant Magazine, Arena Magazine and Monash University Journal People and Place. She also contributed to Cries Unheard; A New Look at Attention Deficit Hyperactivity Disorder, edited by child psychiatrist George Halasz. Prior to writing full time, Anne taught in the Politics Departments of Melbourne and Latrobe Universities. She has also spent ten years outside the paid work force raising two children and caring for the needs of her family. Anne lives just outside Melbourne. 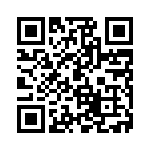