Thomas A. Glass was a 1933 graduate of the United States Military Academy at West Point. He served in the Coast Artillery until 1938 when he transferred to the Corps of Engineers. He subsequently received his master's degree in civil engineering from Cornell University.

In 1940 he was assigned to the newly formed 21st Engineer Aviation Regiment, the first heavy earth moving equipped engineer unit in the military. In August of 1942 he took the 816th Engineer Aviation Battalion to England to build a heavy bomber base at Gosfield, England. Battalions and later the 925th Engineer Aviation Regiment under his command built a series of heavy bomber bases, air depots and other air installations in southern England leading up to the time of the invasion in 1944. On the continent the 925th built close in fighter support airfields for General Patton's Third Army in its race across France. In addition the 925th repaired and extended such major airfields as Orly in France, Frankfurt Rhein Main and Y-80 at Wiesbaden in Germany. Under his command the 925th built, or extended and /or repaired 120 airfields, 77 of those on the continent of Europe.

His military awards include ETO Ribbon with 5 battle stars, 2 bronze stars, and he was awarded the French Croix de Guerre avec Etoile de Vermeil from General Charles De Gaulle for exceptional services rendered in the liberation of France. After World War II Colonel Glass served as Chief, Procurement Division, Office Chief of Engineers, U.S. Army before transferring to the Air Force. He resigned from the service in 1949, and worked for Caterpillar Tractor Company until his retirement. Colonel Thomas A. Glass died in 2004. He was 93 years old. 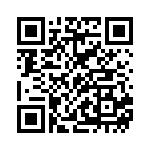