Bestselling science fiction writer Alan Dean Foster was born in New York City in 1946, but raised mainly in California. He received a B.A. in Political Science from UCLA in 1968, and a M.F.A. in 1969. Foster enjoys traveling because it gives him opportunities to meet new people and explore new places and cultures. This interest is carried over to his writing, but with a twist: the new places encountered in his books are likely to be on another planet, and the people may belong to an alien race. Foster began his career as an author when a letter he sent to Arkham Collection was purchased by the editor and published in the magazine in 1968. His first novel, The Tar-Aiym Krang, introduced the Humanx Commonwealth, a galactic alliance between humans and an insectlike race called Thranx. Several other novels, including the Icerigger trilogy, are also set in the world of the Commonwealth. The Tar-Aiym Krang also marked the first appearance of Flinx, a young man with paranormal abilities, who reappears in other books, including Orphan Star, For Love of Mother-Not, and Flinx in Flux. Foster has also written The Damned series and the Spellsinger series, which includes The Hour of the Gate, The Moment of the Magician, The Paths of the Perambulator, and Son of Spellsinger, among others. Other books include novelizations of science fiction movies and television shows such as Star Trek, The Black Hole, Starman, Star Wars, and the Alien movies. Splinter of the Mind's Eye, a bestselling novel based on the Star Wars movies, received the Galaxy Award in 1979. The book Cyber Way won the Southwest Book Award for Fiction in 1990. His novel Our Lady of the Machine won him the UPC Award (Spain) in 1993. He also won the Ignotus Award (Spain) in 1994 and the Stannik Award (Russia) in 2000. He is the recipient of the Faust, the IAMTW Lifetime achievement award. Alan Dean Foster's Star Wars: The Force Awakens, was a 2015 New York Times bestseller. 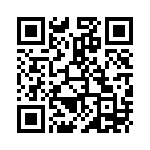