TWELVE WAYS TO GET TO ELEVEN

From the late poet, a whimsical exploration of enumeration. On each colorful spread, like and dissimilar—but somehow related—objects total 11: ``Out of the magician's hat: four banners, five rabbits ... Read full review

This book is good for building counting skills for students. It shows several different ways to get to eleven. This book is also good for learn the 11s number facts. Read full review

Eve Merriam (July 19, 1916 - April 11, 1992) was an American poet and writer. Her first book was entitled, Family Circle. She was born as Eva Moskovitz in Philadelphia, Pennsylvania. After graduating with an A.B. from the Cornell University in 1937, Merriam moved to New York to pursue graduate studies at Columbia University. Her book, The Inner City Mother Goose, was described as one of the most banned books of the time. It inspired a 1971 Broadway musical called Inner City and a 1982 musical production called Street Dreams. Merriam won an Obie Award from the Village Voice in 1976 for her play, The Club. In 1981 she won the NCTE Award for Excellence in Poetry for Children. Merriam died on April 11, 1992, in Manhattan, NY from liver cancer. 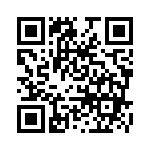